The History of Renshaw Travel

The history behind Renshaw Travel & Cruise Concepts goes back to the life story of a young man from a small-town whose ambition and determination took him to great places. This man was Don Renshaw. 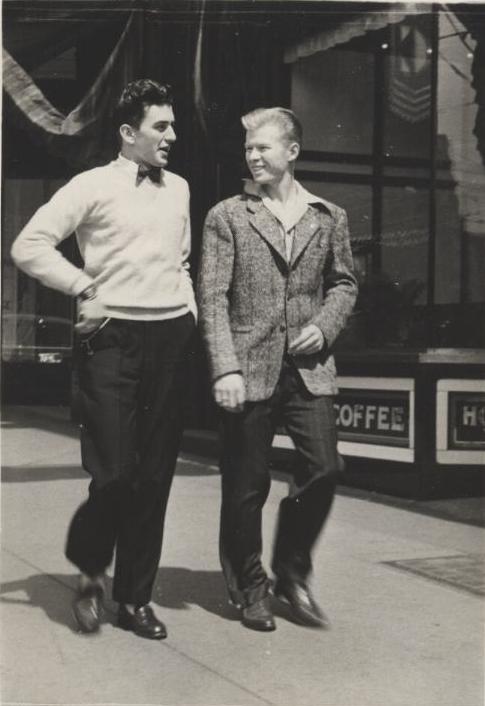 Originally from Rothesay, New Brunswick, Don knew he could be more than just a farm-hand and so when he was offered to chauffeur a doctor and his family in 1945 west across the Lincoln Highway, he jumped at the opportunity. He knew that this would be his one ticket out of Rothesay, but little did he know that this trip would also shape the rest of his life.

After thirty days on the road, Don and the doctor’s family arrived in Vancouver, a different place for Don, who came from a town where everyone was on a first name basis. Though not knowing a single soul, he soon fell in love with the city. Within weeks, Don was rehired by the doctor to drive down to Hollywood over the winter holidays. The highlight of this trip was staying in the garage of one of his idols, famous actor Walter Pidgeon. Don returned to Vancouver in early 1946 and began to earn his keep by working on steamships along the BC coast up to Alaska.

After some time, Don became homesick and went to Trans Canada Airlines in Hotel Vancouver to inquire about fares to Moncton, New Brunswick. When he was quoted $1,000, Don knew that it was well out of his price range. Knowing he needed to earn more money, Don went back to Trans Canada Airlines in search of a job, but was turned down because he did not know how to type. Never fearing a challenge, Don enrolled himself in typing lessons, and in no time, Don worked his way up, initially starting as a teletyper, then as passenger agent, and eventually as one of the Airlines’ Reservations Supervisor. With a steady job in place, Don had time to look for a lady, and fell in love with a local girl from Point Grey. The two married, and in 1952, they welcomed their first of three children, Don Renshaw Jr., who would eventually grow up to follow in his father’s footsteps. 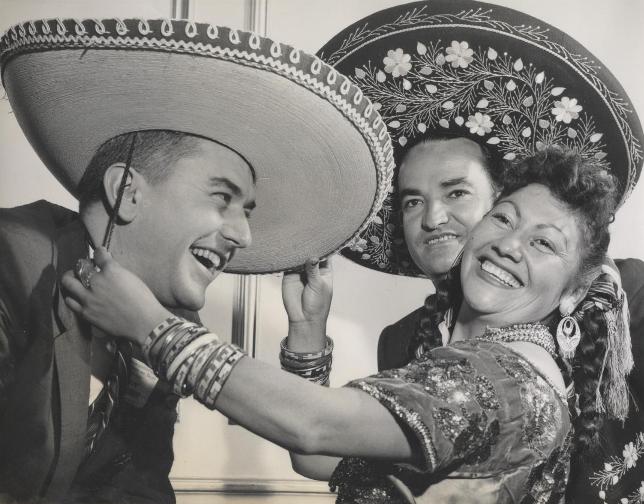 Looking for change, Don established the first wholesale travel company in Western Canada in 1954, Cavalier Tours, which operated the first trips to Mexico, Hawaii, China, Japan, Hong Kong, Southeast Asia and the South Pacific. That same year, he also met Marta Friesen, a vibrant South American who would not only become a life-long friend, but would become a trusted travel associate for years to come. Then in 1963, Don opened retail travel offices throughout Eaton’s Department Stores across Western Canada called Where-To-Go Travel Services. In the July 1970 issue of Vancouver’s Downtowner Travel News, Don was nicknamed “Mr. Travel” and with good reason, as Don had become quite the reputable travel salesman, who was kind to all his clients and gave the ladies each a greeting kiss on the cheek! 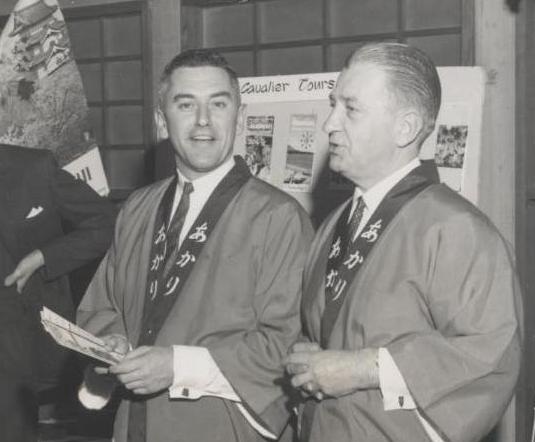 Being eager to have a travel agency of his own, Don eventually sold Where-To-Go Travel Services to Eaton’s, and in 1974, he reopened downtown in Pacific Centre with his very own office; this time with his name headlining. Starting with just two employees, himself and his secretary, Renshaw Travel eventually became a booming company, dedicated to “special interest tours”.

During this time, Don started to groom his eldest son, Donny, in the world of travel sales by sending him off on trips to Victoria, Montreal, Spain and India. After a taste of flying the globe in luxury, first class style, Donny was hooked!

Before long, Donny was rocking youth travel and 32-destination “Around the World” airfares, at a time when no other travel agency was sporting a travel specialty. Now that father and son were working together and to avoid name confusion, Donny decided to go by his birthname Don Jr. and his father became affectionately known around the office as 'Senior'. Like father, like son!

Don Jr. soon gained recognition for his savvy salesman skills in the travel world, which undoubtedly helped him land and earn the respected position of Director and Vice-President at Renshaw Travel in the late 1970s.

The 1980s brought even more change to the Renshaws, when Senior decided to take a gamble and relocate to 4th Avenue, one of Vancouver’s less glamourous neighbourhoods at the time. When Senior replaced the existing dive with a sleek west-coast glass structure, a domino effect of trendy upgrades came to the Avenue, and by the late 1980s, 4th Avenue turned from hippie town to a high-end retail district, adding even further to the travel agency’s success. 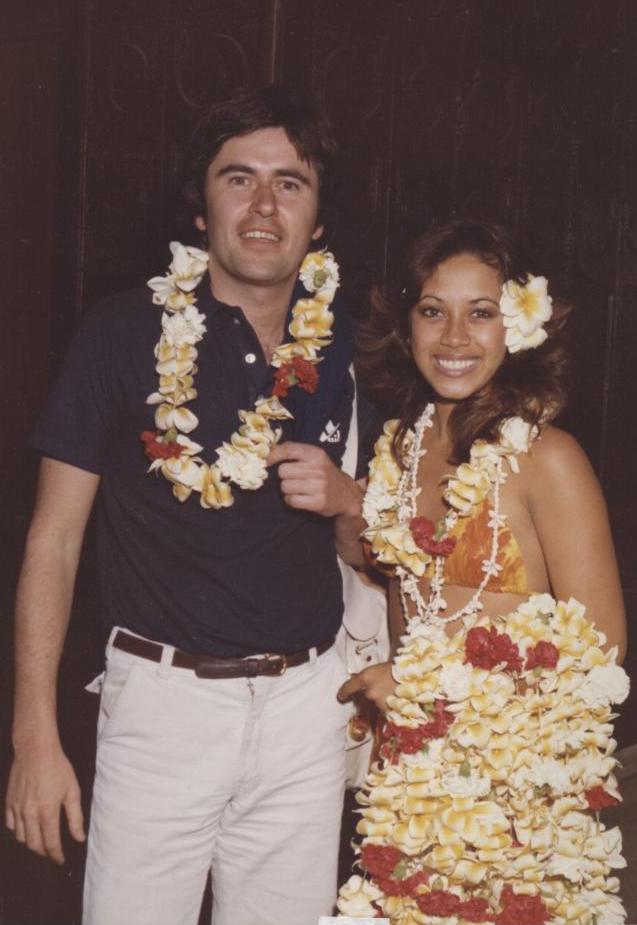 In 1993, Don Jr. bought the travel agency from his father, marking a new age for Renshaw Travel, especially with the introduction of new technologies. Within no time, the agency went from issuing hand-written to machine-automated tickets and using new software now commonly referred to as Apollo. This change in processing not only made booking of flights and hotels more efficient, it also opened up a whole other side to travel. When internet came, the thirty-odd travel specialists became even better experts with information being just a click of a button away.

While there was discussion about adding a cruise department back in the late 1980s, the addition of a cruise department did not come into fruition until 1997. A year later, Renshaw Travel became Renshaw Travel & Cruise Concepts and was honoured with an invitation to become a Member of Virtuoso, an exclusive network of luxury travel to which only 1% of all travel agencies are invited to join (to learn more about Virtuoso, please click here). This not only gave great advantage and credibility to the agency, it also changed the focus of the agency to specialize more in luxury travel and tailor-made itineraries.

To this day, the agency has remained a true family business and Senior's ambition and determination as a young man truly has left a legacy to be remembered! Senior is still a great fixture in the agency and enjoys most of his time traveling, playing sports and enjoying life! 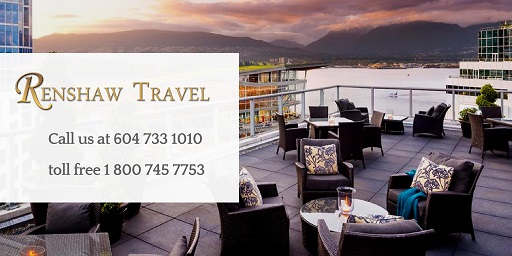